– New York State Senator Brian A. Benjamin announced today key steps in the fight to preserve affordable housing in his uptown district by co-sponsoring pro-tenant legislation needed to protect his constituents against predatory landlords and developers.

“Housing is the number one issue that constituents bring to my office. The affordable housing crisis that disproportionately affects Harlem, East Harlem, and the Upper West Side is pushing out residents in the communities I represent from the neighborhoods they worked hard to improve,” said Senator Benjamin. “We have to make sure that the law is protecting tenants not landlords, and that landlords aren’t incentivized to put profits over people.”

Two of the bills, S1593 (Serrano) and S3482 (Stewart-Cousins) relate to vacancy decontrol. Senator Serrano’s bill prevents a landlord from being able to automatically increase the rent of a rent-regulated apartment by 20% upon vacancy. Senator Stewart-Cousins’ bill prevents landlords from automatically removing apartments from rent regulation when they are vacated and reach a monthly rent of $2,700 or more. “Vacancy decontrol motivates landlords to oust tenants from their homes. When these apartments leave rent regulation, we never get them back,” said Sue Susman, an Upper West Side activist who runs an email list on affordable housing.

A third bill, S6527 (Krueger), relates to preferential rents, and would only allow for a dramatic increase from a preferential rent to a maximum legal rent upon the vacancy of the apartment, protecting an essential part of our affordable housing stock.

“These bills are part of a comprehensive strategy to combat gentrification and keep tenants in their homes,” said Senator Benjamin. “With Democratic control of the State Senate, we could pass these bills on the first day of session. The only thing standing between tenants and their rights is the IDC/Republican coalition control of the State Senate.” 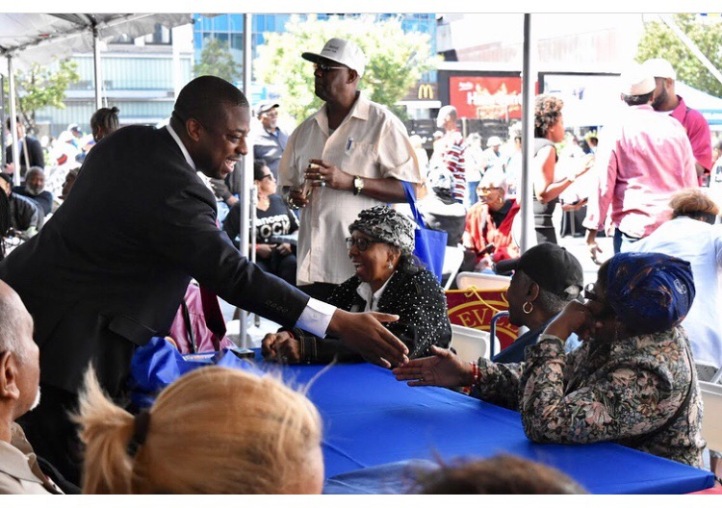 Benjamin, who represents Harlem, East Harlem, and the Upper West Side in the New York State Senate, has a background in affordable housing and frequently fought for tenant’s rights as Chair of Community Board 10. He is also the sponsor of the Neighborhood Integrity Act, which will help communities defend the character of their neighborhoods and protect them from predatory development, and the Heights Heritage Act, which will attract state funds to preserve Harlem. The Heights Heritage Act was signed into law by Governor Andrew Cuomo on July 25, 2017.